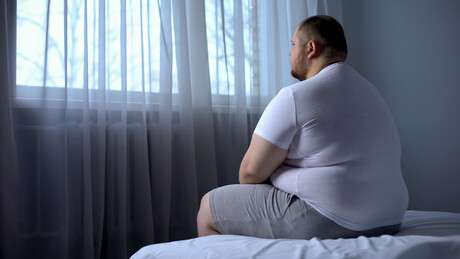 A new study from Denmark supports a growing body of evidence that obesity is a disease whose roots are in the brain, while Australian scientists have shown reduced plasticity in the brains of obese people.

Obesity is based on body mass index (BMI), which calculates the ratio between height and weight to determine body fat. An adult who has a BMI between 25 and 29.9 is considered overweight; anything above that is obese.

Over the past decade, scientists have identified hundreds of different genetic variants that increase a person's risk of developing obesity, but a lot of work remains to understand how these variants translate. Now scientists at the University of Copenhagen have identified populations of cells in the body that play a role in the development of the disease — and they are all in the brain.

The brain plays an important role in obesity by regulating how the body maintains its energy needs. It does so by processing signals from within the body about the energy stores and food intake, as well as external signals such as the sight and smell of food. The Copenhagen researchers suggest that a person’s risk of developing obesity is driven by populations of cells that process sensory stimuli and direct actions related to feeding and behaviour. They also identified specific brain cell types that support a role of learning and memory in obesity.

The team’s discovery was made by developing computational tools that combine two different sets of data. The first set is genome-wide association study data from around 450,000 people, comparing a person’s health and physical attributes to their unique genome; doing so revealed that people with obesity are much more likely to have a range of genetic variants in common. The second set is single-cell RNA-sequencing data of more than 700 different types of mouse cell populations, with different cells expressing different parts of the genome.

Researchers at Copenhagen’s Novo Nordisk Foundation Center for Basic Metabolic Research (CBMR) integrated the two datasets and found that the genetic variants, which are strongly associated with obesity, are near genes expressed by 26 cell populations acting as different types of neurons. Their study results were published in the journal eLife.

“Our findings reinforce the growing body of evidence that obesity is far more complex than previously recognised and can not be reduced to a simple question about lack of willpower,” said Associate Professor Tune H Pers, co-author of the study.

“We identified cell types in the brain that regulate memory, behaviour and processing of sensory information that are involved in the development of the disease.

“The next step is to explore how defects in parts of the brain traditionally known to regulate memory and integration of sensory signals actually make us more vulnerable to become obese.”

Researchers from the University of South Australia (UniSA) and Deakin University have also been looking at learning and memory in obese people, finding that their brain plasticity appears to be impaired — making it less likely that they can learn new tasks or remember things. The discovery has significant implications for people recovering from a stroke or brain injury.

Stroke is the third most common cause of death in Australia and the leading cause of disability, affecting speech, cognition and memory. The ability of the brain to rewire and find new neural pathways is crucial to recovery, according to UniSA researcher Dr Brenton Hordacre.

Using a series of experiments involving transcranial magnetic stimulation, Dr Hordacre and fellow researchers tested 15 obese people aged between 18 and 60, comparing them with 15 people in a healthy-weight control group. Repeated pulses of electrical stimulation were applied to the brain to see how strongly it responded, with the results published in the journal Brain Sciences.

The healthy-weight control group recorded significant neural activity in response to the stimulation, suggesting a normal brain plasticity response. In contrast, the response in the obese group was minimal, suggesting its capacity to change was impaired.

Previous studies have shown that obesity is associated with an increased susceptibility to neurodegeneration, reduced brain weight and cortical brain volume, but Dr Hordacre said the latest findings provide the first physiological evidence of a link between obesity and reduced brain plasticity.

“Obesity is already associated with a raft of adverse health effects, including a higher risk of cardiovascular disease, metabolic disorders and dementia,” Dr Hordacre said.

“For the first time, we found that obesity was associated with impaired brain function, adding further support for the need to address the obesity epidemic.

“These new findings suggest that losing weight is particularly important for healthy brain ageing or for recovery in people who suffer strokes or brain injuries, where learning is fundamental for recovery.”